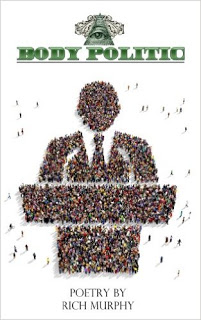 Language and politics have a symbiotic relationship in strange and creative ways. George Orwell knew this when he wrote about the language of politics and what that language does for our society. In Orwell’s Politics and the English Language, he spoke about dead metaphors, pretentious diction, and meaningless words. The obfuscation of the real meaning and intention of politic actions are deliberately intertwined in language meant to confuse or misdirect. There was a time when I thought George W. Bush had an issue with language, and then came the Trump leadership with Tweets and strange jargon that means nothing from the leadership. Orwell mentions in his treatise that meaningless words are confusing and dangerous and “words of this kind are often used in a consciously dishonest way. That is, the person who uses them has his own private definition, but allows the hearer to think it means something quite different.” And he goes on to give the example of, “Marshal Petain was true patriot.” Sounds like rhetoric I heard last month.


The reason I bring up Orwell at all is Rich Murphy’s Body Politic, a book of poetry, challenged me to refine my understanding of language and poetry and how it applies to politics. This is a complex and extremely well-crafted book of poetry that makes politics and social issues its spearhead. But the immersion into his work is poetically complex – and his use of political elements is done with visionary intricacies that surprise and reveal new ways of considering the ideas of politics in terms of lyrical language.

There is a sense of possession and vision in these poems. And reading more and more, you sense that it isn’t the political statement that needs your undivided attention, but how the poet reveals the ambiguity of that political establishment. As a reader, you can stop listening to the political messages, and begin to hear the complexity of languages that hurls the words further along. All that sounds ambiguous, but it can all be cleared up with a few phrases. In the poem Subaltern Grief, you begin to see how the writing process and the words become metaphors for political action.

Each letter here will never touch a veil

nor will a thought lift a woman

from the shadows and shroud.

The irony persists, however,

language waits for the voice

Language not only weaves into the political ideas, but it is a constant connection between the truth, deception, social class, and failures in our political system. Like Orwell’s warnings, words are encumbered by truth, as if they are a “voice stitched to a body, woven alone.”

Language alone is not the sole motivation for the poetry in this book and as the reader moves through this collection, they become aware of something more than politics – something we miss in the news cycle, something not inherent in stump speeches and promises. In the poetry is the morality and humanity that is intentionally excised from politics. And it is here that Murphy draws in the meaning of words and emotions, the meaning of living, while politics grinds over our inner soul.

My name is Ron Samul and I’ve been a writer and college educator for more than 20 years. I have worked as a journalist, magazine editor, reviewer of books, writing professor, and graduate writing mentor. My work has appeared in the SN Review, Library Journal, Liturgical Credo, Inside Out Magazine, Inquiring News Hartford, Dive IN Magazine, and on other print/electronic media. My novel The Staff is available in print or on Amazon. I live in New London, Connecticut where I enjoy wreck diving, playing my violin, and hanging out with my family. RonSamulWriter@gmail.com